apples areloaded with fiber, minerals such as bone-building boron and phytochemicals including quercetin, which is known to be a powerful anti-inflammatory and to have anti-cancer properties. one a day keeps... 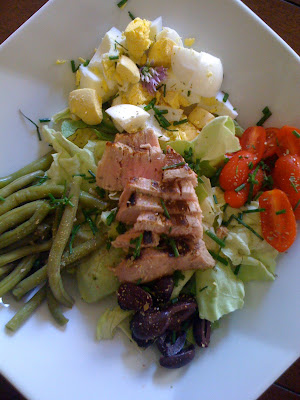 Ahi tuna steaks were on sale, so we found ways to make them the basis for this week’s meals. I served the grilled tuna on the first night and then the other two meals became my “fast food” later in the week. If you want to go really fast, make the dressing for the salad in advance as well. 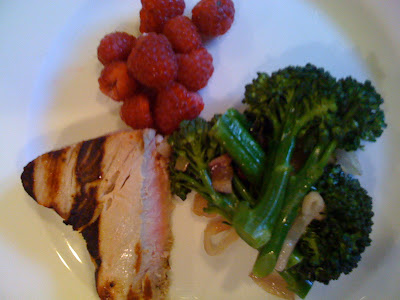 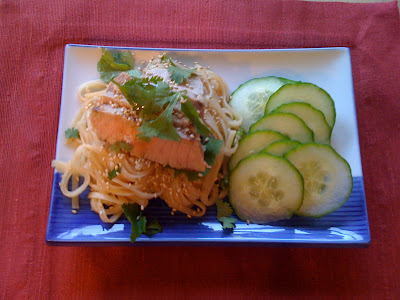 In food processor: 2 shallots, 1/4 c. white wine vinegar, 1 T Dijon mustard, 3/4 c. olive oil, 1/2 t agave, salt and pepper to taste. Note; if you want a dressing that stays emulsified, process ingredients without the oil first and then, with the motor running, add the oil in a steady thin stream until it is incorporated.


Rice noodles: Add into boiling water and turn off heat. Let cook for 10 minutes covered. Drain. Place hot noodles in a bowl and, while hot, toss with 2/3 of your noodle sauce. Note: Adding sauce to hot noodles helps them absorb the flavor.